Feel the thrill of the Magic on Ice 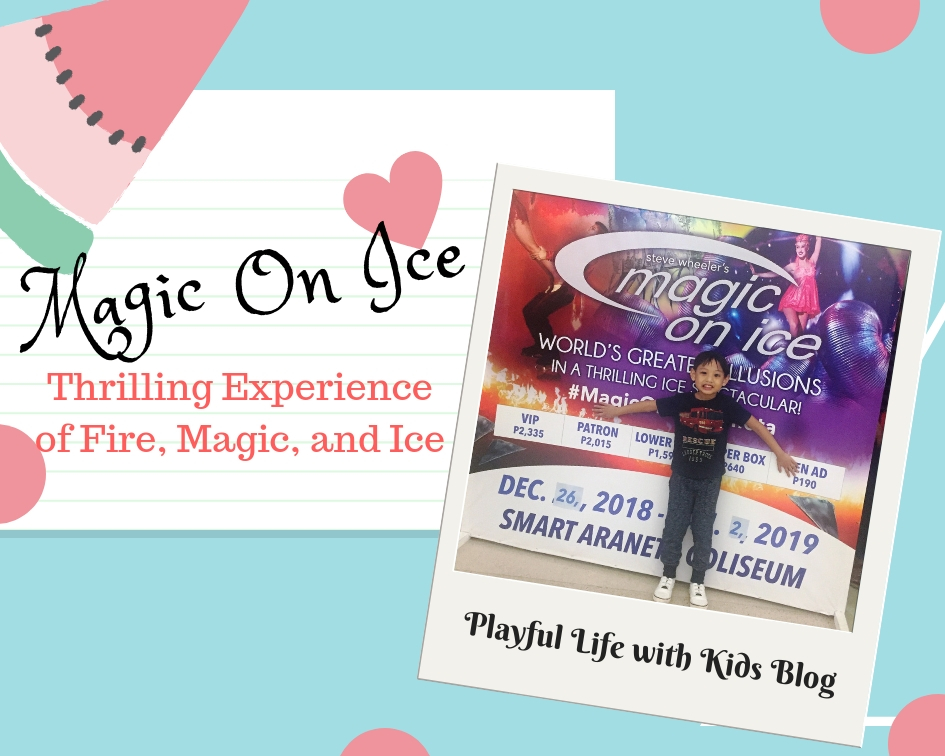 Master Illusionist Steve Wheeler is in Manila for his one-of-a-kind show, Magic on Ice until January 1 at the SMART Araneta Coliseum. The shows offer an amazing combination of ice skating and illusion that would truly thrill and astound the  audience.Steve Wheeler has already entertained millions of audience and it’s an amazing opportunity for the Philippines to witness his magic.

Last December 27, Friday, we had the opportunity to watch Magic on Ice courtesy of SMART Araneta Coliseum and Mommy Bloggers Philippines.  Enzo has been interested in magic and this was a perfect Holiday activity for him. It’s another unique experience for us.

The Magic on Ice is amazing as it was an elegant show of figure skating. It is incredible how they are able to perform different dance routines and stunts in ice skating. It was also my first time to watch an ice skating show with magic and illusion, and vice versa. I’m pretty sure it’s difficult enough to skate or perform magic tricks what more if these acts were to be performed altogether.
The show has 24 acts that are continuous and a mix of all three performances of ice skating, magic, and illusion. The show was elegant because of the figure skating side, but was also nerve wracking and breathtaking magic. It is so captivating that you can’t take your eyes out of the performances. It was also mind boggling as the illusion was really split seconds, you can’t figure out how it happens.
I also noticed how well detailed the performances are from the costumes, the lighting, the sound effects, and more importantly the ice artistry that was shown by each dancer. They also had a story to tell with all the performances starting of in a journey of Steve Wheeler with the help of “the Seekers” as they discover a world of ice. They met with the Ice Angel who eventually ends up with Steve Wheeler’s character, a mischievous raven, and messengers bringing messages of love and trust. With each act, the performers made use of illusion. No words can describe the different magic tricks they did cause it was really unexpected. It was a good show so to say especially that it has a lot of acts that are fit for all ages.
However, there were also dull moments, maybe it was because figure skating really tends to be slow in movement. So the magic tricks and illusion gave it that exciting thrill for each act. I also hoped they would not charge children who cannot yet sit on their own especially infants to kindergarten. I’d also recommend for the audience to choose a nearer location so you would really see the movement, dance, and illusion up close.
Here’s some sneak peek of what you can see in Magic on Ice.

Experience this one-of-a-kind show at the SMART Araneta Coliseum until January 6, 2019. Get your tickets here: Magic on Ice Ticketnet Online

Enjoy and have some thrill on ice!

8 thoughts on “Feel the thrill of the Magic on Ice”