John Lloyd Cruz Back with Turks 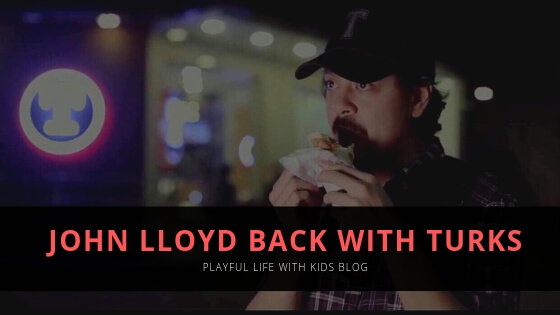 John Lloyd back with Turks!

One of the activities I love doing when I have my “me-time play time” is watching movies. I am fond of watching Tagalog movies. I love the “hugot” lines and portrayal of actors that reflects Filipino setting and culture.  And who better portrays these Filipino roles but John Lloyd Cruz who can carry any role and story into reality.

When he decided to have an indefinite leave in 2017, many fans have missed his performance and movies. He sure is an asset to the Philippine movie industry. The good news, however, is he is back after two years of hiatus in the industry.

Is he really back?

I first saw a teaser photo from Instagram by @piolo_pascual. It was a photo of a man and Piolo Pascual’s caption was welcoming someone new to the Turks family.

If thats you i’m happy coz ur my brother😊 welcome to the family!

Cruz, who is one of the most bankable actors of the Philippine cinema and very effective endorser once again proved that his fans are still waiting for his return. In another teaser video, which lasted only for a few seconds and only shows the back shot of the actor, posted in Turks’ facebook page has been viewed for 3.2 million times. It was also shared almost 800 times and also gained a huge number of comments. His fans already assumed it was him and even other celebrities reposted the video teaser wishing it was him as well.

Today, finally, after days of guessing and anticipating, Turks finally revealed in the 1-minute and 17 seconds video that it was JOHN LLOYD CRUZ. The video is entitled “Ang Nagbabalik”, showing the actor walking through different situations, which somehow depicts Cruz’s sojourn. The video is very simple, yet there’s drama the way it was created, and in a very subtle shot, he stopped and took a bite of a Turk’s pita donner.

What do you notice about the “NEW” John Lloyd Cruz? For me, I like the rugged look that he has now which is far from his boy-next-door image when he was starting. The video also shows his mysterious deep side which is far from the cute-romantic portrayals he has done in film and teleserye. I feel that he was also given his own freedom in doing the video while incorporating Turks’ products.

Although this video does not signal his return to the limelight, his fans are still happy getting to see him again in videos, posters, and billboards. According to Turks president Gem L. Zenarosa, he is grateful for the trust Cruz has given them. He states that “John Lloyd is the best endorser for this because like him, despite his absence in showbusiness for a couple of years, the warmth and love of his fans for him never dwindles. With our Small Pita Donner we believe that our customers will be happy to know that it is back in our menu”. 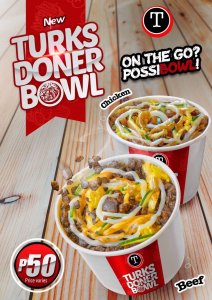 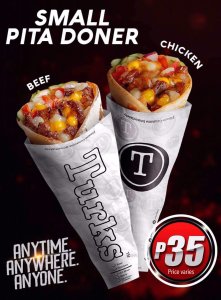 Just like John Lloyd Cruz and the Small Pita Donner, it feels good when someone goes back right? John Lloyd Cruz recreates and explores different grounds. Similarly, Turks is also doing the same thing to keep its customers excited whenever they visit the branch.

In time for the release of Cruz’s endorsement video, Turks also released to the market it’s newest offering. The Turks Rice Bowl, which is a complete meal. Choices from beef or chicken topping is priced at Php50.00. The Small Pita Donner is affordable at only Php35.00 only. “To keep up with the demands of our customers, Turks continues to improve our menu and offerings to satisfy the discriminating taste of our loyal patrons,” Zenarosa stressed.

John Lloyd Cruz now joins the roster of endorsers of Turks such as Piolo and Inigo Pascual.

You can also watch the video on Turk FB page: official.turks.

2 thoughts on “John Lloyd Cruz Back with Turks” 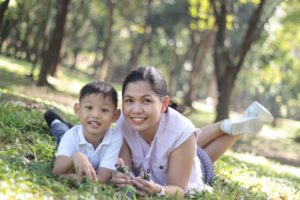 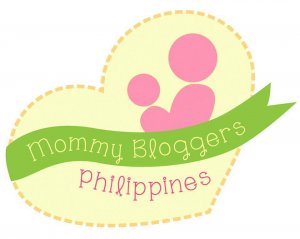